This is the fourth in a series of blog posts about major Joomla websites and the developers who built them.

This week we're talking with Azrul, Mike Carson and Sam Moffat about their roles in Linux.com.

Hi Azrul. Could you tell us a little bit about yourself? 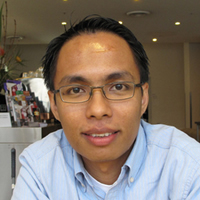 I am currently the lead developer at JomSocial.com and Azrul.com overseeing a small team of very talented developers. After finishing my degree at Imperial College in London, I was an investment analyst for close to two years before I realized that I'm really just a geek at heart...so I went back to programming! Before Joomla, I was mostly a C/C++ developer, working primarily on low-level mobile application programming. However, after developing for the web, and in particular, the open source world, I was hooked and haven't looked back.

Which of your products is being used by Linux.com?

Linux.com uses almost all of the products we've developed for Joomla--which are JomComment (our commenting component), MyBlog (our blogging component) and our newest extension, JomSocial (our social networking component). The funny thing is, we weren't aware of the site until they notified us about using our products. We're very honored they chose our products to power their community.

Is Jomsocial being used on any other large-scale websites?

JomSocial is being used on thousands of websites--both large and small. It's pretty amazing, really. We have sites with a few hundred members all the way to hundreds of thousands of members. Regarding the large-scale sites, there is of course Linux.com; and there's TheProdigy.com -- the official website for the band The Prodigy; quite a few verticals like kenyahub.com which has over 120,000 members, and there's a new sci-fi portal called MyOuterSpace.com which uses JomSocial to power their community (and is being heavily promoted by Star Trek actor William Shatner).

Those are just a few of the larger sites, but it's important to remember that size isn't everything in social networking. Some communities never need to be extremely large to be effective. Basically, most communities just need the right communication tools to keep their members happy and connected, and that's really where JomSocial comes in. We have JomSocial powering personal sites; school alumni communities; and even a community for extended families. These kinds of communities are not going to grow into the thousands daily, but they can still benefit greatly with JomSocial.

What do developers need to consider when they're preparing their extensions for heavy-traffic?

There are a lot of issues that need to be considered. There is always a balance between having tons of features and making sure a site runs fast and efficiently.

Basically, there are 3 major points that need separate optimization. First, the code within PHP. Then, the database, and finally, the actual data transferred from your server to the user's browser. Any optimization, either to reduce processing load, de-normalization or deploying caching really needs to be looked at within these 3 separate points.

What improvements and changes are you planning for Jomsocial?

We have huge plans for JomSocial in 2010. Our users send us new ideas every single day. The list of planned improvements really won't fit into this interview, as it's pretty extensive, but here are just a few things you can look forward to seeing in JomSocial very soon:

Although JomSocial is already distributed with its source code un-encoded, and users are free to modify as they wish, I am proud to announce that we are actually working towards making JomSocial a true Open Source project. The next major release of JomSocial will, in fact, be released under GPLv2 license!

Hi Mike. Could you tell us a little bit about yourself? 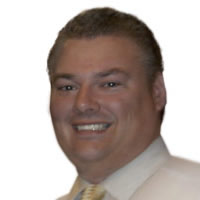 Being a long-time trainer in vertical markets, I dreamed up a small start-up company in 2004 with the primary focus on corporate training solutions. I am the CEO of Integrated Technology and Design, and the well-known online storefront called Joomla Showroom. My firm created and produced the first Learning Management System (LMS) for Joomla, called Joomlearn LMS, to serve a primary market of corporate education-driven solutions.

I have been a Joomla! designer and developer primarily since its inception in September 2005 and followed the fork from the previous Mambo CMS (cough, cough). My service line has expanded to include some of the most sought-after Joomla! extensions online today, including Event Registration Pro, Pro Desk Support Center, and the Joomlearn LMS. My entrepreneurial experience has given me the experience to listen to the market and deliver winning solutions on a consistent basis.

How did you get involved with project of the size of Linux.com?

The Linux Foundation was in the process of a very large rebuild of their website using Joomla! as the core foundation. Their lead web architect, Dan Lopez, had contacted me for a solution they could use for handling all of their Linux events around the world. Dan was very interested in our Event Registration Pro extension but needed a few additional customizations to better fit their needs and business model. I spoke with Dan about how we could enhance the product and it wasn't long before we were deep into a brainstorming session of endless possibilities for expanding their event registration and promotional needs.

The Linux Foundation has also expressed interest in working with us to help them with online learning management system capabilities and also helping with solutions where they can integrate registration solutions to webinar events that are being considered in the future.

What was your role in the project?

After speaking with Dan about how the Linux Foundation would be integrating Joomla and our extension with other open source applications we knew that we had to deliver a quality product within budget and in a timely manner. We could see that they were well underway with the new website development.  Dan asked use if we could help build and integrated event calendar and shopping cart functionality directly into Event Registration Pro. Dan had asked about the feasibility of integrating our software with some already existing 3rd party Joomla extensions and I explained that we could build him a brand new solution that was integrated and not linked to using any 3rd part extensions. We explained the benefits of not having to deal with multiple extension updates and potential security risks involved when doing that. We have always taken the principle of least privilege philosophy to ensure security is the top priority.

Our development team then began coding a new shopping cart type of checkout feature that was intuitive for the general front end user yet still gave all the reporting funcionality that The Linux Foundation required. We also began coding a new front end calendar that would co-exist with our event listing display so that the Linux events could be displayed into a customizable calendar format. The Linux Events website can be found here.

What challenges did you face and overcome working on Linux.com?

Our largest challenge was to deliver a robust solution, yet keeping it simple to use. We made sure that the calendar integration was fully CSS styleable so that it could easily be changed with any redesign implimentations that may come down the road at a later date. We had to make sure that the new shopping cart feature was integrated fully and offered the ability to sell additional sale items beyond event tickets such as dinner options, books, etc. The shopping cart had to allow for discount coupons to also be used so our few new features and customizations became many new features very quickly. The largest challenge was that we had to meet a timely deadline and offer an open payment plugin gateway architecture so that The Linux Foundation could develop their own open source customized payment plugin to fit their needs perfectly.

Do you have any other major projects or announcements coming up?

We are also working on many other projects, some large, some small, but we can guarantee that you will be seeing a lot of very nice things from us in 2010.

Hi Sam. Could you tell us a little bit about yourself?

I'm a small town developer who works on the Authentication Tools project for Joomla! in his spare time and I work at USQ in the Library there as a Systems Co-ordinator.

How did you get involved with project of the size of Linux.com?

By chance really. I work on the JAuthTools project which handles extra authentication options for Joomla!, in this case there are some alternate LDAP plugins for handling user registration and storage. The Linux.com guys were having issues getting things to work properly in their existing custom configured infrastructure so they contacted me to see what I could do to make it happen.

What was your role in the project?

I customised my LDAP user plugin to handle Linux.com's custom LDAP schema and integrated it with the custom registration fields that they were using.

What challenges did you face and overcome working on Linux.com?

I'm not entirely sure there was any big challenge in getting things up and running on Linux.com, a lot of it was (for me at least) run of the mill changes and customisations to get stuff to work for them. Some of the other non-Linux.com specific stuff has gone into the relevant SVN repo and will be in a release in the future.

Do you have any other major projects or announcements coming up?

Steve is a member of Open Source Matters board which helps the Joomla team keep the project running smoothly. He runs Open Source Training.

Do you know of a major or particularly interesting site that we should feature here? Email your suggestions to . Be sure to include: