This is the seventh in a series of blog posts about major Joomla websites and the developers who built them.

This week we're talking with Altansukh about his role in moving almost the entire Mongolian Government over to Joomla websites.

1) Welcome. Could you tell us a little bit about yourself? 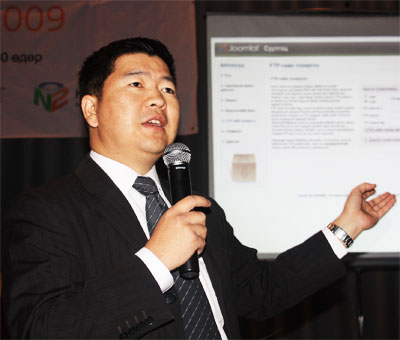 Hi, thanks for the letting me to share our experiences with the community. I'm 33 and living in Ulaanbaatar, Mongolia. I have a banking degree, but I was so much into computers since my childhood so I ended up working in IT when I finished my university. Mostly worked as webmaster and web designer in early years of my career and then since 2003 I am working as IT Specialist at the USAID-funded project here in Mongolia. Enriched my experience with Cisco and Microsoft certification as I managed Cisco network and Windows 2003 server systems.

The main reason I work in IT is it constantly evolves and there is always something new. Almost every year there is something new to discover, learn and master. And it makes IT fairly challenging to work.

2) Can you introduce the Mongolian Government project?

Our project has national dialogue component which aims to improve transparency and communication between government and citizens. In 2007, we worked on approval of the new tax law package and we needed to promote new laws and regulations. As we worked with Mongolian Tax Administration, we faced with two main problems. MTA website was plain old static website which made the administration and maintenance fairly hard task. Also level of English language proficiency among government administrators were lower than the requirement of efficient web management and learning content management system (CMS). The budget allocation for acquisition of modern content management system was not adequate to procure fully licensed, feature-rich and secure CMS.

As we evaluated several CMSs, we found that Joomla! CMS was free and open source, easy to learn and possible to localize. The only problem was that Joomla! 1.0.x versions did not support Unicode encoding. Therefore besides localizing Joomla!, we faced with a challenge of making sure that all functions support Unicode. 2-months of hard work paid off as we released modified Joomla! version dubbed Joomla! 1.0 International edition (JIE) which fully supported Unicode and contained complete admin language pack. Although it was not official Joomla release, JIE grew quite popular that it was translated in 11 other languages. In December 2007, we released our final stable version of Joomla! 1.0.12 Mongolia edition and updated to 1.0.15 in March 2008.

As Joomla! is free and open source, so was the Joomla! Mongolia and Joomla! International editions. Also we provided quarterly free training for government web administrators who wanted to launch their websites in Joomla!. Within 1 year of our release, we had almost 50 government websites already using Joomla! and most of them were designed by their own administrators who attended our training.

When Joomla! 1.5 release in March 2008, since it natively supported Unicode encoding and had admin language pack, we did not have to re-invent it. We simply followed Joomla! localization policies and Joomla! 1.5 Mongolian site translation released within 1 month of the Joomla! 1.5.1. We launched complete Joomla! 1.5 translation during first-ever Joomla! Day Mongolia in September 2009. 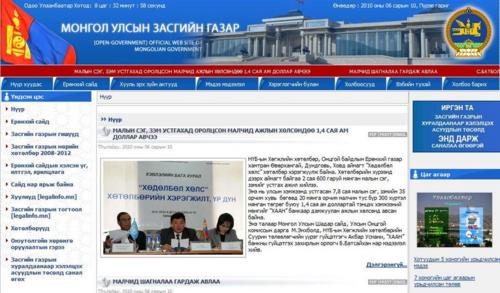 3) Do you know why the government chose Joomla?

Besides the simple fact that Joomla! CMS was very easy to learn when compared other popular CMS, it was 100% in Mongolian and supported Unicode. And being free and open source, it presented easy solution for the Government of Mongolia to renovate majority of its website without requiring any budget for license fees. With USAID (www.usaid.gov) and EPRC Project (www.eprc-chemonics.biz) support, we offered complete localization solution with complete packaging like regular training, constant support and continuous updates. Also our Joomla project coincided with government is "Web and e-mail" project which aimed to bring a website for every government organization and an e-mail address for all civil servants.

4) Did you build all the websites yourself?

The majority of the websites are built by the government administrators who attended our training. Out of more than 200 Joomla! websites we only built 8 of them so far and Tax administration website was the very first one.

5) So this is much more than just building a website?

Yes. We did not intend only to translate and put it put there. We wanted to make sure that this project succeeds as total localization effort. We knew that if we built the website for government organizations and left it for them to maintain, then subsequent mismanagement of the website caused it to collapse within few months mostly due to lack of constant updating. Therefore we focused on to set a good web maintenance practice among management of the organization, provide trainings for web administrators and provide constant Joomla! updates. No matter who built the site, government websites started to get enough attention from the management regarding good flow of fresh contents and web administrators had technical support from us.

6) Was it difficult to introduce Joomla in Mongolia?

First of all, the challenge was to convince so many people that why open source projects work better than commercial solution in terms of security, license fees and updates. Many people questioned the security of Joomla! as their websites got hacked due to non-updates and then blamed Joomla! for lack of security.

7) What is the state of Joomla in Mongolia now?

Now Joomla! is the most popular CMS in Mongolia. Since Joomla! is very easy to learn and start designing, I can see so many people being able to make their living by designing Joomla! websites and providing web maintenance services to businesses.