Barnes & Noble is the largest book retailer in the United States with over 1300 stores. Their company history goes back to 1873.

They're also known for the Nook e-book reader that was launched in 2009. The company is encouraging developers to create apps for the Nook and as part of that effort they've just launched a new Nook Developer site, built on Joomla.

The site was built with help from the team at CloudAccess.net and can be found at https://nookdeveloper.barnesandnoble.com. 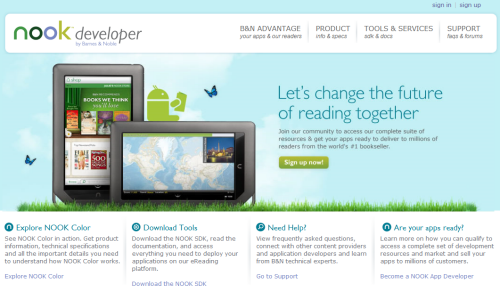