We are happy to announce that the election for the replacement for the Vice President has been completed.

The newly elected Officer will start his mandate immediately, given that the role is currently vacant.
The replacement for Vice President will end his term together with the other Board Members of the Group 1. 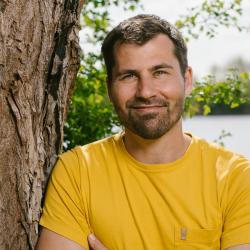 At Joomla! we care about transparency and openness, so we want to share further details about the Officers’ Election which closed yesterday.

We would like to thank all the volunteers who were nominated and all the people who supported this election process.

The Officer position up for election in Group 1 was Vice President.

According to our Bylaws, Section 6.02 (E), voting for officers is done as follows:

This Election had 40 people with the right to vote (Team Leaders, Department Coordinators and Officers); 39 people voted, 1 abstained.

A big thank you to the whole Joomla! Community for the participation!

A full summary of the voting results of this Officer election can be found below.