The Structure Team is happy to announce the results of the elections for the Transition Team. In total 24 Leadership Members (of 27) elected 6 community members for the transition team. We like to introduce them in a random order: 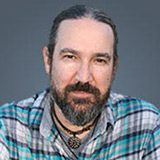 TJ is located in Visalia, California (USA) and has a long history of working collaboratively in the Joomla Project. He is known as a great team player, making sure all voices are heard, and collaborative decisions are made. According to TJ’s own words he owes a great debt to the many volunteers, past and present, who have made Joomla what it is today. Serving on this team would be a small gesture to repay part of that debt. 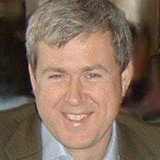 Ian is located in London (UK) and has been a change management specialist for decades. He has dealt with some very difficult transitions in the past and has always managed to get even the most dissolute teams to find cohesion and a clear path to move forward on. He has no history as a Joomla community member but understands the importance of making this evolutionary change. Offering his experience of delivering difficult change, for which being outside of the community, and thus not part of the natural tensions of this significant change, is an additional benefit. 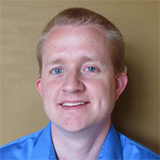 Ken is located in Omaha (USA) and has been a long standing contributing member of the Joomla! Community. He is a moderator on the Joomla forum since 2006 and has held various positions including time on the Leadership team. He likes to think of himself as a level headed person with the ability to look at things objectively and not emotionally. According to him it is crucial that the transition team be made up of individuals that are focused on doing what is best for the project and not made up of individuals that make decisions based on friends or favors. 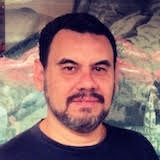 Helvecio is located in Rio de Janeiro (Brazil) and is known for his contributions as an illustrator and translator. His goal is to promote Joomla within less privileged communities in Rio de Janeiro, Brazil. According to him the project showed him new horizons in his career and improved the way he acts within different communities he is part of. His motivation comes from a quote of Ghandi:“You must be the change you wish to see in the world.” Being part of the Transition Team is one more step into being this change. 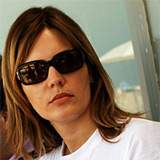 Stefania is located in Garda (Italy) and gave her contributions translating the CMS and the documentation by coordinating the Italian Joomla Translation Team since the birth of Joomla. Currently she is a member of the Joomla Translation Coordination Team and an administrator of Joomla.it, where she daily gives voluntary support to the users of the italian community. 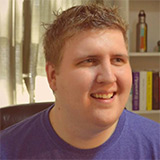 Jon is located in Charlotte, North Carolina (USA) and has been involved in various teams within the Joomla Community over the years. Currently he is the lead organizer of the Joomla World Conference. He firmly believes that the opportunities offered to us by this transition period is one of the few times where we have the chance to "make or break" Joomla. He is motivated to make sure that, in this new structure we are able to keep the open, nimble, "all together" spirit that has defined most of Joomla's history and work together towards another decade of growth.

The Transition Team will be completed by representatives of each leadership team:

We would like to thank all the people that participated in the elections as well as Dianne Henning and Jacques Rentzke who verified all votes casted and made sure the procedure was followed.