The following individuals have confirmed their acceptance of their nomination as replacement for the role of Events Department Coordinator. Included are comments provided by the nominator(s) of each, nominees are listed in no particular order. 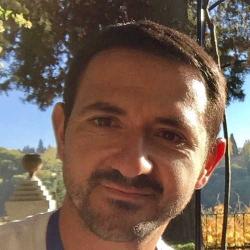 "Carlos is very involved in the Joomla project, very friendly and communicative, is always bringing is work as volunteer in a positive way."

"On his second term as event team leader, we I have seen his commitment to the project."

"Carlos is the current Team Leader of the Events team. He has experience in event management and team coordination and his involvement in the Joomla community is remarkable. His energy will significantly help to impulse new events during 2018."

"Carlos has a dedication to both the project and events and will make an excellent replacement for me in the role."

"After one year leading the Events Team I have a good understanding of the team and my involvement in Joomla came after several JoomlaDays so I fully acknowledge the value of Joomla Events and local communities. My vision for the team is to promote more Joomla Events around the world that help create and grow local communities of passionate joomlers. Because Joomla! is community."

"Carlos is a long term contributor and has already experience handling events thanks to his term as Events Team Leader. Furthermore he will represent our Spanish-speaking community that is one of the largest in the Joomla environment."

"As the events team lead he is the perfect person for this position. And he would bring a new perspective into the board."

"Carlos is doing a great job as team leader already, and now the time has come for him to step up and be department coordinator. With the current knowledge as Team leader, he will fit the position perfectly."

"Carlos is already part of this department and knows it well so I think he can be the right DC."

"He wants to do it. Robert has been working with Cloudfest for some potential events that sound really good."

"Robert has worked to get Joomla connected with some of the larger conferences and has been working toward a global event sponsorship during his presidency. We need Robert to continue his work on the project."

"Robert offers professionalism and great organization, which he has given to the Joomla organization over the years. It would be great to keep him as part of the project."

"Robert as you well know has been President of OSM. He's actively involved in attending industry trade shows and is well connected. He knows the Joomla community and has experience on leadership. Robert would be very strong in this position."

"Robert has served well the past year as the President for Joomla. As Rowan translations into her new role as the President, I think Robert could do an excellent job in the events department. He has a clear vision and focuses on ensuring Joomla is well represented across the world. This builds on the work the events team is already doing in areas such as Africa. Additionally having Robert on the board would provide additional resources and guidance if he were to take on this new role."

"I thought Robert did a good job as President, and it seems a shame to lose his experience at Board level, particularly as he obviously has time to dedicate to it. I've met Robert a couple of times now and always found him to be very enthusiastic about Joomla and the direction of the project. When I spoke to him the other day after the results of the election, he expressed disappointment but was still very keen to be involved. He has indicated he is interested in this position so I offered to nominate him."

"Robert Jacobi is always professional, mature and dedicated in his work and shows clear leadership qualities. Not just a DO'er but a leader that facilitates and empowers the people working with him."

Statement from the nominee:

I am beyond honored and appreciative of the immense support for me from Team Members and Joomlers truly around the world. To those who have not had a direct voice in the election process, I have heard you loud and clear, thank you! The outpouring of good will, encouragements, and appreciation has been humbling and unexpected. It means so much to me that the Joomla community has understood the goals and difficult work of the last year. I cannot express enough gratitude and thanks to those who understood that we were striving for something better. I am thankful for the opportunity to have served. From the bottom of my heart, I thank you, the community, for an immense reach, courage, and commitment to Joomla. I would be remiss if I also did not thank my wife, family, and non-Joomler friends for their encouragement, advice, and care. To all, you are amazing!

It has been a core tenant of mine that we support and mentor a stream of new volunteers. That progress can only be made with new ideas and energy, not a committee or board of institutional politicians. With that, I kindly request all voters to stand by and vote for Carlos Cámara Mora for Department Coordinator, Events.

Shortly, we will ask the Team Leaders of the department to cast their votes for their Department Coordinator.

Once the votes are counted we will announce the newly elected Department Coordinator.

The term of the replacement Department Coordinator will end together with the term of the other Group 1 members, on September 2018.