According to the new Joomla! Structure, half of the Board of Director and Officer positions must be put up for election 6 months after the transition process completed. By having two (2) election cycles six (6) months apart, this allows the project to ensure continuity at board level. 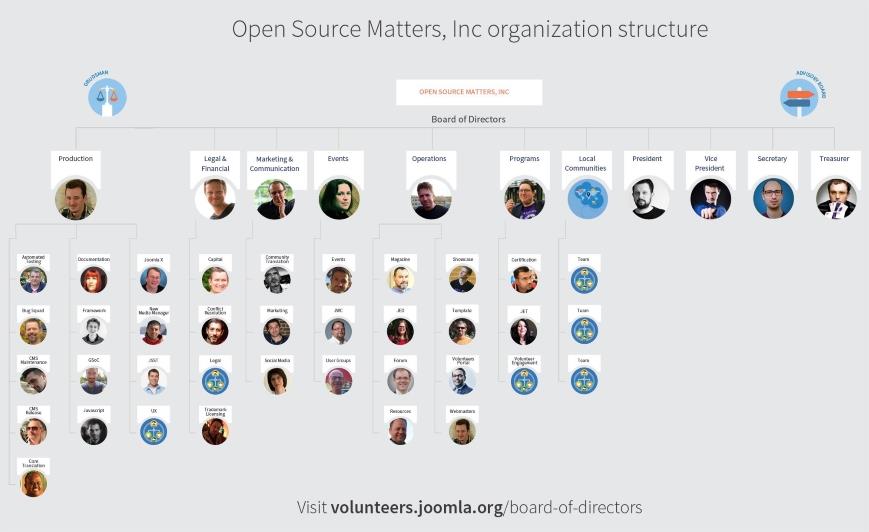 The following 5 positions are open for nomination and election in this cycle:

The Vice President and Treasurer are named for this cycle in the ByLaws and the 3 Department Coordinators up for election in this cycle volunteered themselves as there was only one nomination for each of these roles in the initial election of the new board.

Each department already has teams set up under them. The Team Leaders of each team in each department will cast one (1) vote for the person they wish to be their Department Coordinator.

Votes will be tallied and a winner will be chosen.

Each Department Coordinator and Team Leader will cast one (1) vote each for each Officer Position. These votes will be tallied within each department and the results of this tally will serve as the Department’s vote for the officer.

The four (4) Officer votes will be added to the department votes and the candidate with the most votes for each position will be duly elected.

It is a good idea for all nominees to familiarise themselves with the Bylaws: https://www.opensourcematters.org/organisation/by-laws-policies.html