THM Gießen has been organising "Web Programming Weeks" for 10 years. On the occasion of this year's anniversary, the Faculty of Mathematics, Natural Sciences and Computer Science (MNI) once again offered the opportunity to work intensively with the Joomla CMS.

Joomla has a long history with THM, as all internal and external sites for the campus are based on Joomla thanks to the hard work of Prof. Dr. Peter Kneisel.

An event focused on Joomla 4

This year's focus was on the upcoming Joomla 4 version. A two-day preparation event was offered for newcomers to PHP and Joomla so that they could work effectively at the start of the Programming Weeks.

During the semester break, from 23 July to 3 August 2018, about 20 students from different nations came together to work on the source code of Joomla 4, to test it extensively and to actively improve it. It started with a two-day "Pizza, Bugs & Fun" event and afterwards numerous patches were tested from 9:00 to 16:00, issues were fixed and new features were developed. At the end of the 14 days, a day was dedicated to presentations by the groups and participants of their results, solutions and findings.

During the two weeks, the students gained many different experiences. When testing patches, GitHub allowed them to quickly make contact with Joomla's developers. Suddenly they were in dialogue with big names of the scene - such as Sandra Decoux, Michael Babker, Brian Teeman and George Wilson - to name but a few. Here, it was necessary to keep a cool head and to constructively implement hints.

However, code analysis and development also entails lean periods. During the final presentation, one of the participants reported how he needed a whole day for a line of code until finally all relevant information was collected and all errors were corrected. 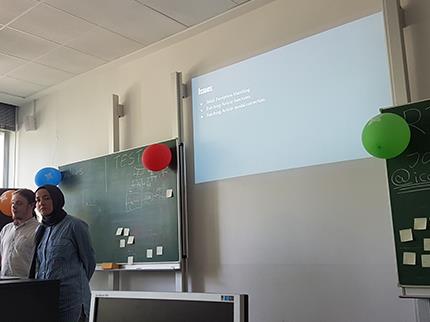 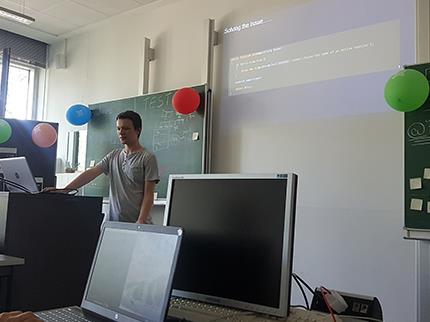 Basically, programming can be compared to real life:
There is not only the fast lane, successes take time and endurance is necessary to achieve a goal.

At the end, however, there is the great feeling when your own patch is merged into the system and you become an active part of the large Joomla community! The community is very grateful for the support of the students, well-known Joomla heads from Germany have visited the Programming Weeks. Elisa Foltyn, Benjamin Trenkle and Marc Widmann, for example, could not miss the opportunity to visit and help during the project.  On the closing day, Alexander Metzler, Joomla Vice President, thanked the project group personally on behalf of the entire Joomla project for their great support.

7 pull requests were merged during the Web Programming Weeks, including:

And Joomla Documentation was driven forward:

The Programming Weeks were run by Dennis Priefer and Wolf Rost as executive lecturer from THM Gießen and actively supported by Roland Dalmulder from the Joomla Community.  An overview of the numerous activities can be found on the THM wiki (https://wiki.thm.de/Web_Programming_Weeks_SS18)

The Joomla Community would like to thank everyone involved for their great work!