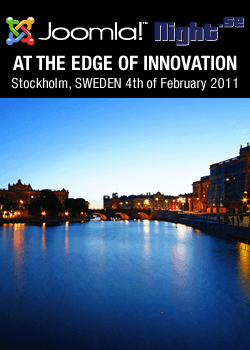 This weekend is Joomla!Night Stockholm. Click here for more information on the event.

This is the second Joomla event to take part in a new tradition we're starting in 2011: Before each Joomla!Day / Joomla!Night around the world we're going to feature a great local Joomla site.

In Sweden we have http://www.minplanet.se. Minplanet is an initiative of Världsnaturfonden WWF, the Swedish part of the World Wildlife Fund (WWF) and encourages the Swedish people to become even more environmentally conscious.

In 2009 the website won a prize as #44 of the top 100 sites in Sweden in a yearly competition arranged by Internetworld (IDG).

The website which has 20,000 members is built with extensions for community, blog, forum, events and more. In addition, some major custom extensions have been developed by the Pixpro team in Stockholm, such as the Green promise (Miljölöftet).

”This was launched in the fall 2009, and since, one of the swedish counties runs a competitition to see which cities have saved the greatest amount of carbon emissions. They can follow their results in realtime on Minplanet, ” says Elin, editor in chief at Minplanet 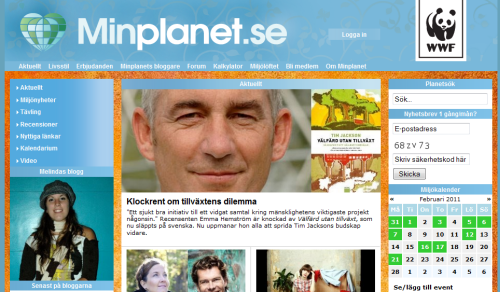 One of the custom components was for Google Maps. itshows the dots of the people that took "Green promises" (vowed to save a certain amount of energy...for example "only use public transport" and so on).
There's a list of over 100 different "Green promises" that people can choose from and add to their profile. Our component then automatically calculates the amount of saved carbon dioxide and puts it into their user profile which is then displayed on the google map. 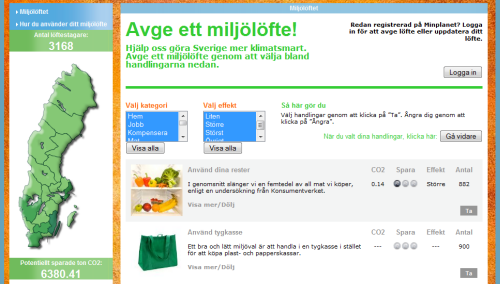