Mexico City is, by some counts, the second largest city in the world. Over 18 million people live in the Distrito Federal (Federal District) that forms the city.

How has government of Mexico City decided to keep in touch with those millions of citizens? Joomla. http://www.df.gob.mx now runs on Joomla 1.7 (the name D.F. is short for Distrito Federal and is how Mexicans normally refer to the city).

In addition to Mexico City, many other Mexican government websites run on Joomla including the Ministry of Foreign Affairs and the Palacio Nacional.

These Mexican sites are part of a trend. Joomla has a good claim to be the most popular way that governments build websites. You can find nearly 3000 more examples at http://joomlagov.info. 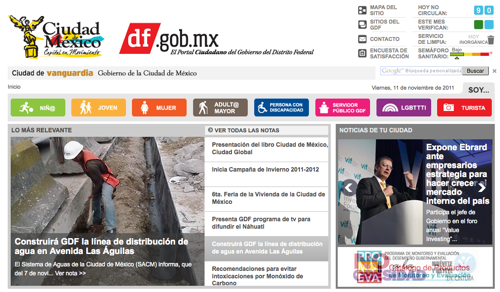