2010 Success for Joomla in Europe 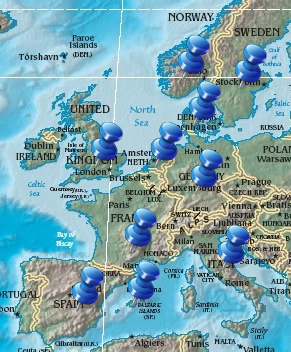 We are rapidly approaching the last major Joomla event in Europe for 2010.

Joomla!Day Spain takes place in Valencia on on November 26 and 27.

That will make a total of 10 major European Joomla events in 2010. They've been held all across western Europe and have attracted nearly 4000 people in total.

Already there are two events with firm dates:

Beyond that, many of last year's teams are hard at work planning repeat events for 2011.

Thank You to All the Organizers

It is wonderful to see that Joomla's success in Europe this year and I'm sure you'll join me in saying a huge "Thank You!" to the organizers of all these events. Or, to be more precise: