Joomla 2.5 is the Recommended Version for Most Sites 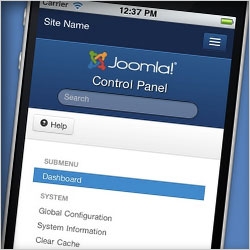 Last month we wrote a blog post called “The 3 Things You Need to Know About Joomla 3”.

As a reminder, here are those 3 things you need to know:

In this blog post, we’re going to expand a little on the third point:

Joomla 2.5 is the recommended version for most existing sites and will remain so for another year.

We Recommend Joomla 2.5 for Existing Sites

Joomla 2.5 is the right choice for existing sites.

We Recommend Updating from Joomla 2.5 to Joomla 3.5

For most people, we recommend that you update from Joomla 2.5 only when Joomla 3.5 is released around September next year.

Below is our graphic with our recommendations for updates. As you can see, with Joomla 3 there are several Short Term Support (STS) releases before the final version 3.5 is released and is recommended for everyone. 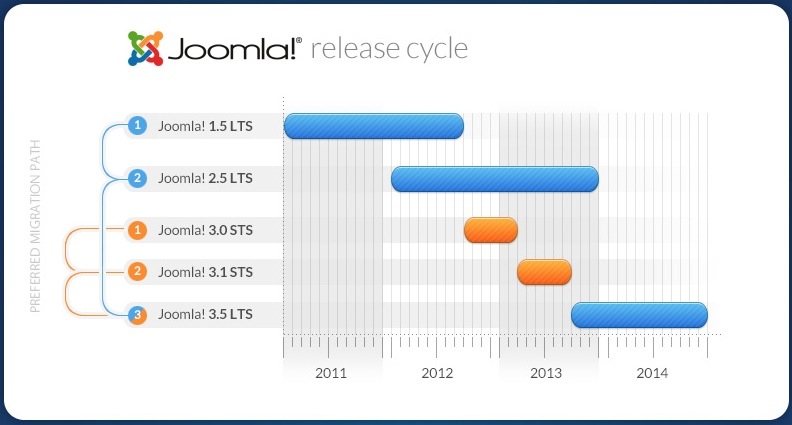 Joomla 2.5 has a one-click update feature. This allows you to update Joomla quickly and easily.

This one-click update feature is how most people will update from Joomla 2.5 to Joomla 3.5.

You can find the options for this feature by logging into a Joomla 2.5 site and going to Components > Joomla! Update > Options. I’ve included a screenshot of the Options area below:

If you are an early adopter, developer or more experienced user, then we think you’ll love Joomla 3 right now.

Next year, after more real-world testing, we think everyone will love Joomla 3. At that time, Joomla 3.5 will be available as a one-click update option from your administrator area.

Joomla 2.5 is currently the recommended version for existing sites and will remain so until the release of 3.5.

Do you have any questions? If you do, please use this post in the Joomla forums.