The third JoomlaDay Italy took place the 9th October from 9am to 18pm in Verona, a city of unique beauty, witness to thousands of years of history, an easy-to-reach modern business and trade centre. The JoomlaDay venue was the beautiful congress centre VeronaFiere.

The entrance was free, 750 people from all Italy's regions attended the event and they received a certificate of participation. Many others have seen the event through the live streaming. There were available two conference rooms, Auditurium Verdi (600 seats) and Salieri Room (150 seats), for 17 talks.

Thanks to sponsorships, we were able to pay the travel and accomodation expenses to Jean-Marie Simonet Co-founder Joomla! and LeaderShip team member. Special guest star of the event representing Joomla.org, Jean-Marie made a report about the San Jose Production Team Summit and a presentation of the new multilanguage system integrated in Joomla 1.6. We distributed 1000 sandwiches, 1000 water bottles and 1000 chocolates for free. 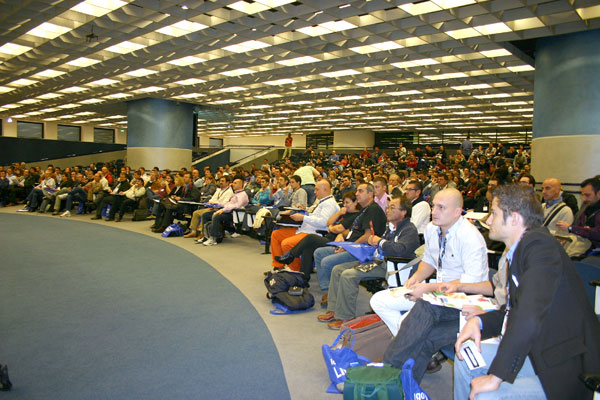 The photos and the videos of the event are available on the Joomladay.it site thanks to

Arguments treated during JoomlaDay were: web sites security, news about Joomla 1.6, how to convert a template from 1.5 to 1.6. Evangelists from Google and Microsoft presented their products.

Jean-Marie presented at JoomlaDay some new and important decisions and proposals made at the San José Summit about the future versions of Joomla, after the 1.6 version. Framework and release cycle are decisions, the various ideas concerning what willl be implemented if volunteers create specific branches and accepted by the Production Leadership Team are proposals: 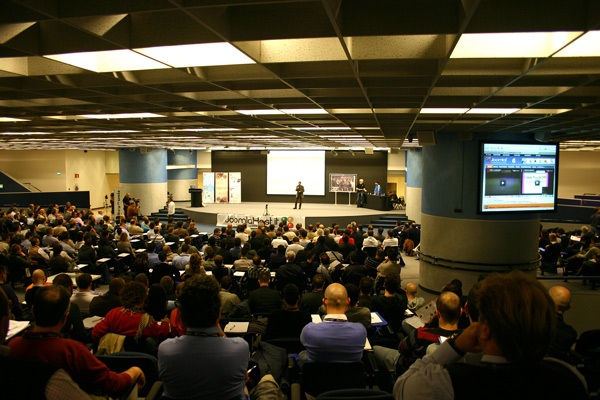 A special thank to all the volunteers of Italian Joomla community that helped during the event and the days before to setup the venue, the welcome packs, the food and beverage distribution and more and more other.  The good atmosphere and the collaboration spirit, made the event successful and a great experience.

JoomlDay Italy 2010 was organized by:

We also had sponsorship help from:

Because of the sponsors as it was thanks to them that we could organize the event in a so special venue and provide 100% free entrance, food and beverages.

Also, $USD 1000 (as the $USD 1000 of the past event https://community.joomla.org/blogs/community/1125-italian-community-supports-joomla.html) have been donated to Joomla.org, that is the difference between the costs and the incomes of the event, plus the donation made by JoomlaDay participants