Irish is the 64th language pack added to Joomla!

Irish joins 63 other officially released language packs for the Joomla CMS, making web publishing via a CMS accessible to more languages around the world.

The Joomla Translations Working Group has accredited Irish as an official language pack for Joomla. Now Irish joins 63 other accredited language packs for Joomla, and is now available for the 3.4 releases of the popular CMS. 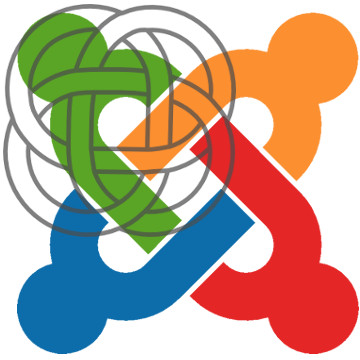 The aim of the Joomla Irish Language Localisation Project is to provide an up-to-date translation of the core Joomla content management system (CMS) into Irish. Additionally, some commonly used optional extensions may be translated also. This is a significant project, and requires tens of thousand words to be translated for the core Joomla CMS alone.

The new language pack is now available from the Joomla back end (Extensions: Install Languages) and from the translations page community.joomla.org/translations/joomla-3-translations.html#ga-ie and pre-releases (not accredited) are available for older Joomla versions github.com/joomla-irish/language_pack/releases.

The Irish language pack has been merged into the code for the upcoming release, and could also be selected in Joomla as the default install language starting in the official release of Joomla 3.5. The 63 currently approved language packs (including en-AU, en-US, fr-CA...) can be found here: community.joomla.org/translations/joomla-3-translations.html

Joomla can be used to create a single language website (e.g. Irish only, or English only), or a multilingual website (English, Irish, French, Spanish, etc). Each language requires the core Joomla CMS to be translated into that language, so that the correct text is displayed as required. For example, when filling out a contact form: ‘You must enter a subject’ becomes ‘Ní mór duit ábhar a chur isteach’. With the Joomla Irish Translation Pack installed, these translated text snippets are immediately available in a new website, even before any user content is added.

The new language pack represents months of work by a dedicated team of many Joomla contributors, including Kevin Scannell (New Translation Team Coordinator), Eoin Ó Murchú and Síne Nic an Ailí. Kevin and Eoin have previously collaborated on several important Irish localisation projects, including the translations of Gmail and Twitter into Irish.

The full list of contributors to the Irish Language Pack:

Hervé Boinnard facilitates communication with the Joomla project in general (the translators are new to Joomla community), and managed the files and history of the previous releases, since he joined the team in 2009. Steve Jacobs provided the first translation of the frontend of Joomla! version 1.0.12 back in the summer of 2006. Since then, John Duffy has managed partial translation of subsequent Joomla! releases, allowing some Joomla websites to have effective front end in Irish. Yet, a full release translation has only been possible with the participation of recent contributors, most notable Kevin Scannell.

Irish (Gaeilge), is a Goidelic language of the Indo-European language family, originating in Ireland and historically spoken by the Irish people. It is spoken as a first language by a small minority, and as a second language by a larger group. Irish enjoys constitutional status as the national language of the Republic of Ireland, is an officially recognised language in Northern Ireland, and is also among the official languages of the European Union.

One can find all the accredited language packs on this page: community.joomla.org/translations.html
Earlier (not accredited) Joomla Language Packs for Irish can be found here:
https://github.com/joomla-irish/language_pack/