Well, this latest site launch tops them all. General Electric is the second largest company in the world according to Forbes. They've just unveiled http://GETransportation.com. This branch of GE supplies products to the railroad, marine, drilling, wind and mining industries. 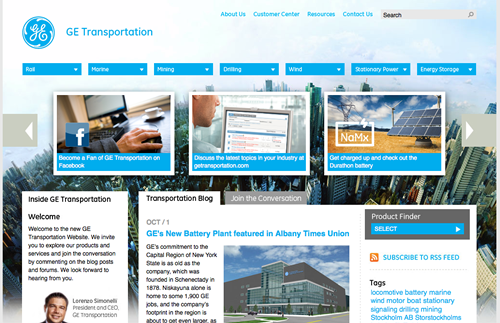