Joomla Day France is this weekend and this year we've been celebrating each Joomla Day by featuring a local Joomla site.

This week we have a particularly big site: the official Eiffel Tower website runs on Joomla: http://www.tour-eiffel.fr. Wikipedia says the tower is "the most-visited paid monument in the world; millions of people ascend it every year." 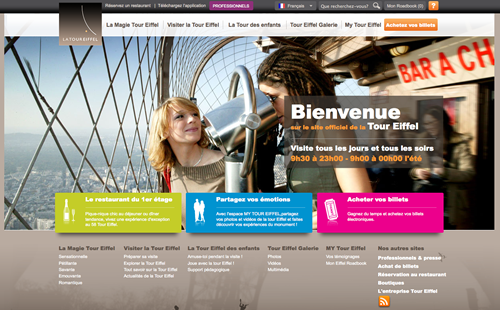