Joomla! Rocks on Its 6th Birthday

On September 1st, 2005 the Joomla name was unveiled for the first time.

On September 1st, 2005 many of us started an exciting journey and we're delighted that you've joined us along the way.

Last year on this day we said a huge "Thank You!" to everyone involved in the project.

This year we're going to briefly look back at where we've been. Joomla is still growing and thriving. In the last month alone we passed three important milestones:

Over the last few months we've taken the time to go back and document much of Joomla's past. In order to know where we're going, it certainly helps to know where we've come from. Much of this data is taken from Archive.org, old articles on Joomla.org and from individual members of the Joomla team who kept records.

During the last month the Joomla forum registered over half-a-million users for the first time. This graph tracks user growth since September 2005 up until today: 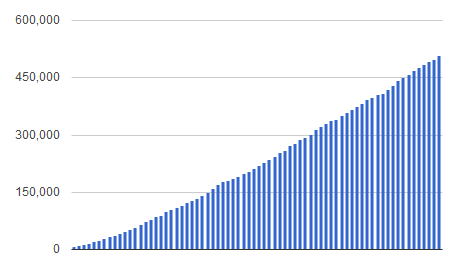 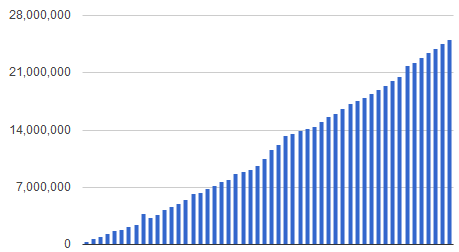 A final milestone in August was the JED passing 8000 extension listings. This graph below goes from May 2006 until today. The JED was launched in March 2006. The drop in the middle occurred in July 2009 when the JED started listing only extensions released under the GPL license, but growth resumed again immediately: 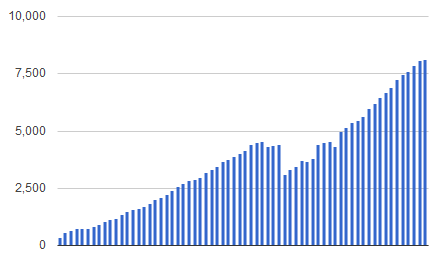 How Can You Help Celebrate Today?

We are asking you to tell us why you think Joomla rocks!

Already people are saying that Joomla rocks because it has helped them build a great website, get a job, start their own business and more.

Join in the conversation on Facebook or Twitter (where the hashtag is #jbday) and let us know why you think Joomla Rocks! We'll retweet, republish and then finally blog all of the best answers.

Thank you for being part of the Joomla community. Joomla rocks!