The Production Leadership Team (PLT) is pleased to announce that it has published its production goals for 2013.  These goals are based on feedback from the Joomla! Community and areas that the PLT have identified as places we wish to focus and improve upon.  The goals have been published on the Joomla! Developer network at https://developer.joomla.org/news/552-production-goals-for-2013.html.

One of the primary roles of Open Source Matters (OSM) is to manage financial matters for the Joomla! project. It is our role to make sure that the project is financially secure and able to support the Joomla! community. The numbers below are a high level breakdown of OSM's 2012 actual finances compared to the 2012 Budget, along with some thoughts on what this all means to you as a member of the Joomla! community.

The JUG Pune & JUG Mumbai had organised the 3rd Joomla! Day in Mumbai, and what an event it was! We had Ryan Ozimek, David Hurley, Ofer Cohen and  more than half a dozen speakers from various parts of India. We also had an enthusiastic audience from far corners, and all of them were more than willing to soak in every bit of the knowledge the community wished to impart. The Joomla Handshake #jhandshake too was ideated, you can view the video on Ryan's Vine. 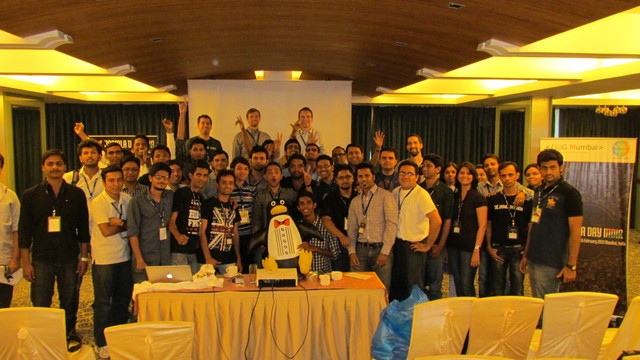 The final part of the 2012 goal setting/budget planning process suggests that each leadership team publish quarterly updates on progress for each of their major goals. Following through on this part of the process is important-it promotes increased openness and transparency, it strengthens accountability and trust between the project's leadership and the community, and it recognizes the volunteer contributors who are the most important resource for our project's continued growth and success.

OSM will publish updates for our 2013 goals. Look for another blog with our First Quarter 2013 updates to hopefully be published by early May 2013.

Research and implement plan to increase sponsorship income by $20,000 from 2011

Work on other OSM led initiatives

While the primary focus for this blog is on progress made during the fourth quarter on OSM's four major 2012 goals, work has also been underway on a number of other important OSM led initiatives. Here is a list of some of these other initiatives, along with the OSM board members who worked on them during the first quarter:

The Africa Cup of Nations is one of the largest and most presitigious football tournaments in the world.

This year the tournament is being held for the 29th time and the venue is South Africa.

Over the last three weeks, 16 teams from across Africa have been competing. The final is being played on Saturday between Nigeria and Burkina Faso.

The official tournament website is http://www.afcon2013online.com and it uses Joomla. 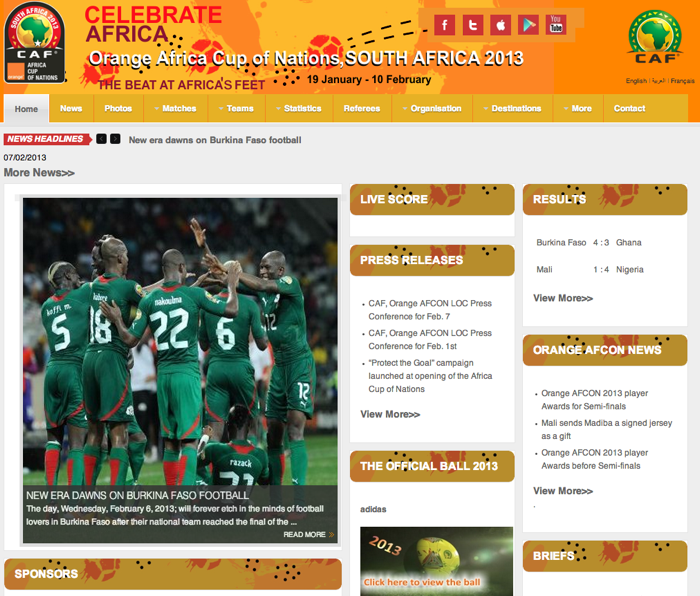